Once More: Chloroquine is NOT Yet a COVID-19 Treatment! 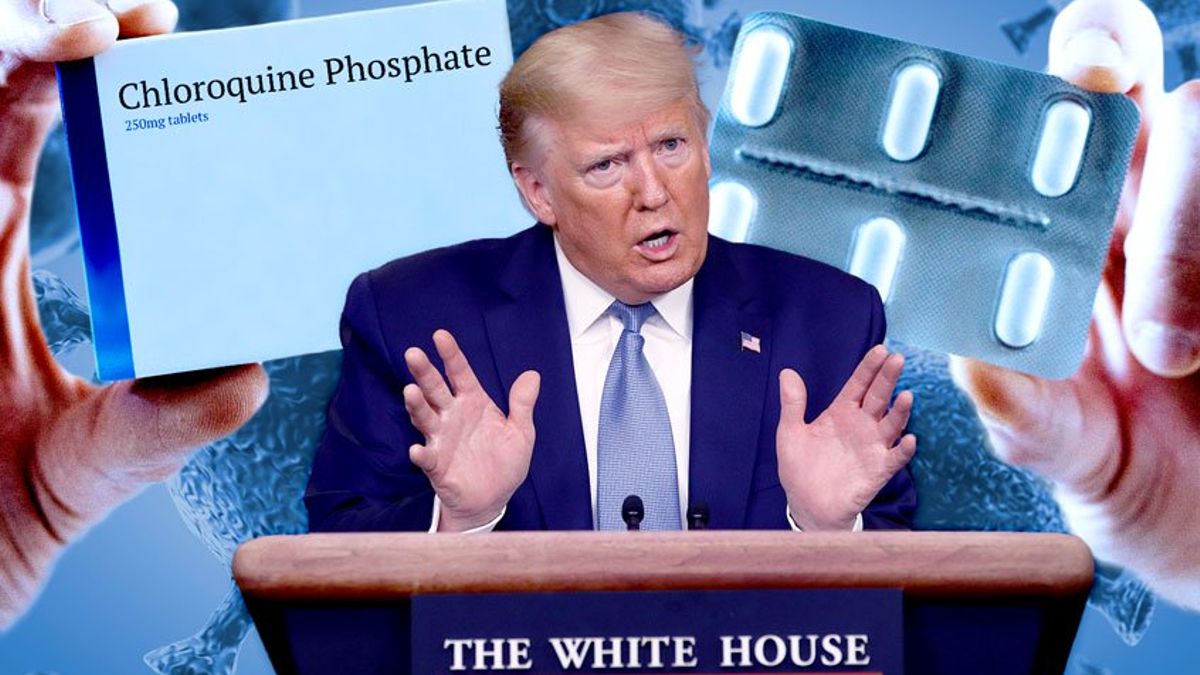 Controversies surrounding Chloroquine suggest health authorities approved it as a cure for Covid-19.

Foremost health authorities, WHO, FDA and CDC and the likes have not approved Chloroquine as a treatment for Covid-19.

The United States President, Donald Trump on 19th of March publicly declared Chloroquine as the long-awaited cure for the disease covid-19. Donald Trump went further to state that the Food and Drug Administration approved the anti-malaria drug.

“The nice part is, it’s been around for a long time, so we know that if things don’t go as planned, it’s not going to kill anybody”

Following the US President’s big reveal, netizens now contest prior reports that suggested Chloroquine was not a cure for covid-19.

Furthermore, death report and overdose intake of the viral drug chloroquine has been all over the internet since President’s Trump’s proclamation.

So far, this pronouncement by President Trump has caused more harm than good.

Neither the Food and Drug Administration (FDA) nor the World Health Organisation (WHO) approved Chloroquine as the cure for Covid-19. There are currently no FDA-approved treatment or vaccines for novel coronavirus of December 2019.

Further, the FDA has made it clear that it neither approved Chloroquine nor treatment with the drug for those infected with Covid-19. Moreover, it has not approved any therapeutics or medicines to treat, cure or prevent Covid-19.

In a report by Premium Times, the Minister of Health Osagie Ehanire said Nigeria had not approved the use of Chloroquine the treatment of coronavirus in the country. The Minister of health further reiterated that health authorities are yet to prove Chloroquine’s efficacy gainst Covid-19.

He also stated that Nigerian would not adhere to the recommendations of US president, Donald Trump; instead, they will follow the guidelines and instructions as provided by the World Health Organisation (WHO).

Shortly after Trump’s Chloroquine big reveal, reports on social media and print suggest drug abuse from Chloroquine and even one death.

Forbes reported of a man who died in Arizona, trying to immunise himself from Covid-19. Supposedly, they (the man and his wife) used the version (Chloroquine) meant for cleaning fish tanks resulting in his demise and his wife in critical condition.

Additionally, in Nigeria, there are reports of Chloroquine poisoning.

Few Chinese doctors have reported success in utilising the anti-malaria drug in solving covid-19 cases. But, is this enough clinical evidence? Certainly NOT! Health experts still need more trials and tests before passing off Chloroquine as a Covid-19 treatment.

Meanwhile, CNN reportedly makes the WHO’s stance on all this clear.

“The WHO’s position is clear. Any medication should be based on evidence. We don’t have yet any evidence from any of these trials that would allow WHO to do a formal recommendation. All these are in progress, so it is difficult for us to recommend at this stage that any of the medicine can be of use for the treatment of coronavirus“

Unarguably, President Trump has made Chloroquine a wanted commodity. Still, it is in trials, and until proven otherwise, we advise against unprescribed consumption of Chloroquine. It is NOT going to cure, treat, prevent, immunise, or fight Covid-19.