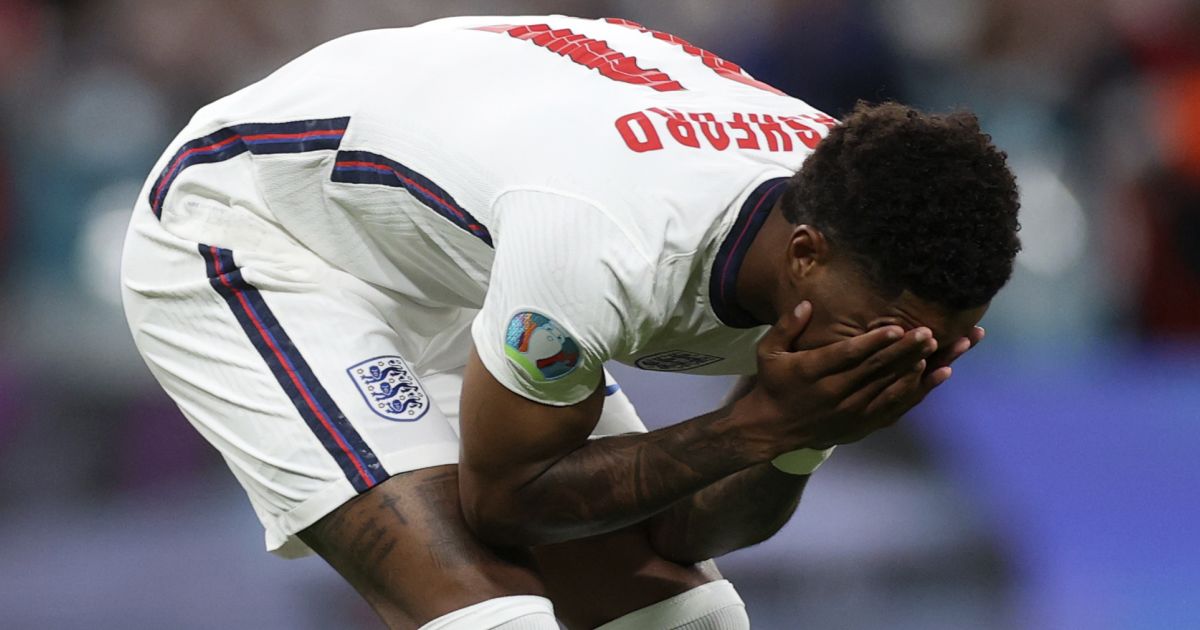 Claim: England and Manchester United forward, Marcus Rashford is alleged to have made a post on Twitter calling English soccer fans stupid for “allowing monkeys to represent them” in reaction to recent online racist abuses.

The footballer made no such post. The photo being circulated that the footballer made such comments was manufactured. The contents of the write up was part of a statement that was made by a Twitter user identified as @michaelzigller1

A photo being circulated on social media that appears to have been posted by England and Manchester United forward, Marcus Rashford, on Twitter.

The photo is alleged to have been made in response to recent online racist attacks against the footballer and two other Black players of the English national team – Sancho and Saka, who missed their penalty kicks in their final game against Italy in the 2020 European Championship.

In this circulating photo, the footballer is alleged to have said that:

The first point of call to ascertain the truth of this post was to visit Rasford’s Twitter page.

The footballer indeed reacted to the racist abuse he was facing over England’s failure to win the trophy but his response was not what has been captured in the circulating photo.

His reaction, as available on his Twitter page, has been captured in various online websites including mirror.co.uk, espn.com, dailymail.co.uk, and manchestereveningnews.co.uk

That post was made as a comment to updates from AFP News Agency on the England vs. Italy game.

“You are stupid if you allow a Monkey to represent you but more stupid if you blame it on the Monkey. I thank all my Teammates for the support. Those monkeys represented the country from qualifiers to final. No wonders they lost. Over 50 years the so called white didn’t win”

The photo that is being circulated does not have a tweet source label.

Another red flag that makes the post suspicious is the difference between the number of people who are said to have retweeted the post against those who did the quote retweet.

It is quite rare for posts made on Twitter to have more Quote Retweets than Retweets.

In fact, a report from Twitter suggests that more people are interested in amplification of content (Retweet) than add their own thoughts, reactions and perspectives to the conversation (Quote Retweet)

Whilst there is some possibility that Quote Retweets number can be more than the Retweet figure, the difference between those numbers in this alleged (270k) Rashford tweet is outrageous.

The figures in the photo, representing the number of Retweets, Quote Retweets and Likes does not really represent the Tweet impressions that the footballer usually has for his posts.

Going through his posts so far for the month of July, none of them has over 200K likes.

It is not true that Marcus Rashford, the Manchester United and England forward made such a post in reaction to racist attacks he and some of his colleagues are facing online following their penalty misses.

The photo being circulated to suggest that he tweeted it was manufactured. The originator of the said post has been identified as @michaelzigller1 and that tweet can be found here.