FALSE; George Andah did not display a gun at a registration centre

The photograph was taken of Andah about two years ago when he was acting as a musketeer at a traditional ceremony and is not related to any recent event.

The Facebook post by Ghana News Press, which is accompanied by a photo of Mr Andah pointing a gun to the sky reads;

Deputy Minister of Information, Mr George Andah displaying a pump action Gun at a Registration Centre in the Awutu Senya West Constituency. This according to residents, was done to scare his opponents

Our independent checks led us to video evidence of when the actual incident happened, from which the misleading photo was retrieved. In the 48-second video, Mr Andah is seen wearing the exact clothes from the alleged photo and firing shots during a ceremony.

It shows the photograph is unrelated to any recent happenings in the country.

Dubawa further contacted George Andah to confirm the actions being attributed to him. He confirmed the news was fake by sending Dubawa a narration of the context of the photo detailed in a press statement.

In the press statement, Mr Andah explained that the photo was taken two years ago at Akyem Asuom in the Eastern Region, during the enstoolment of Ursula Owusu-Ekuful, Minister of Communications, as a Development Queen.

“In traditional events, such as durbars and festivals, commemorative gunshots are fired into the air by some selected participants, which I, Nenyi George Andah, as one of the two deputies to Hon Ursula Owusu Ekuful, was given the privilege as a traditional musketeer at the ceremony, a role I proudly and honourably discharged”, Mr Andah stated. 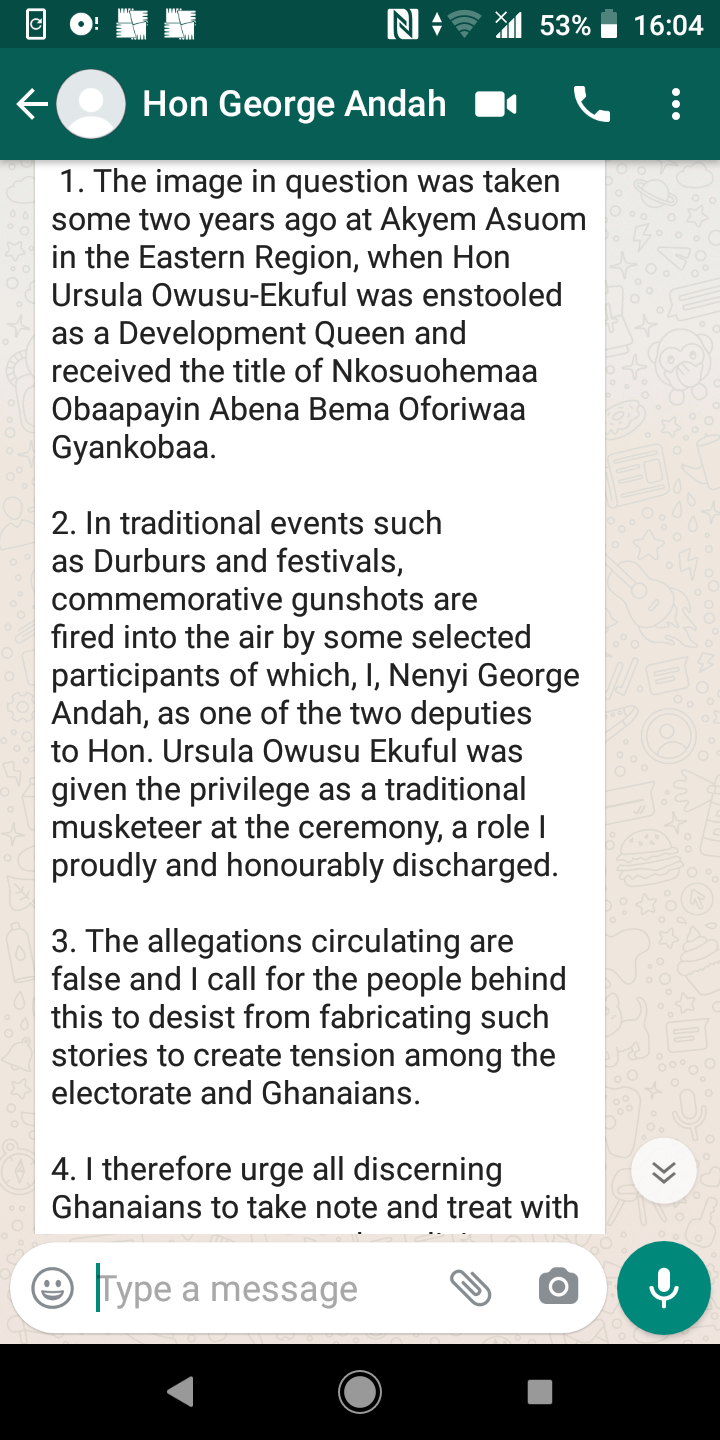 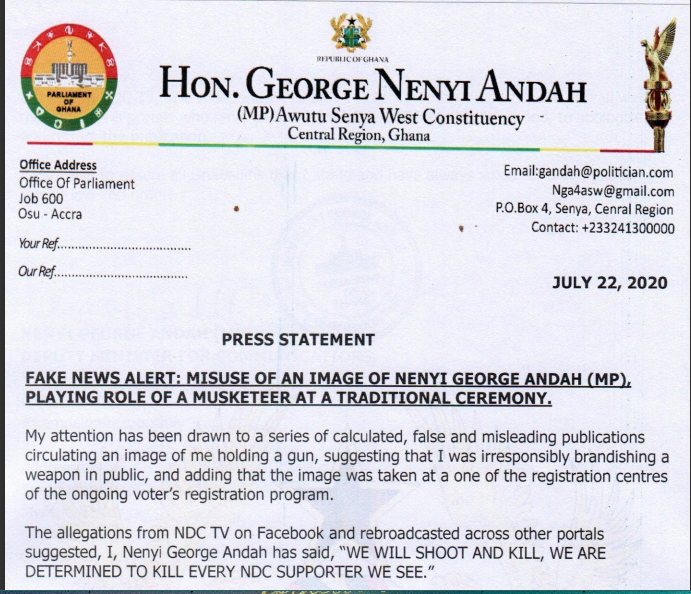 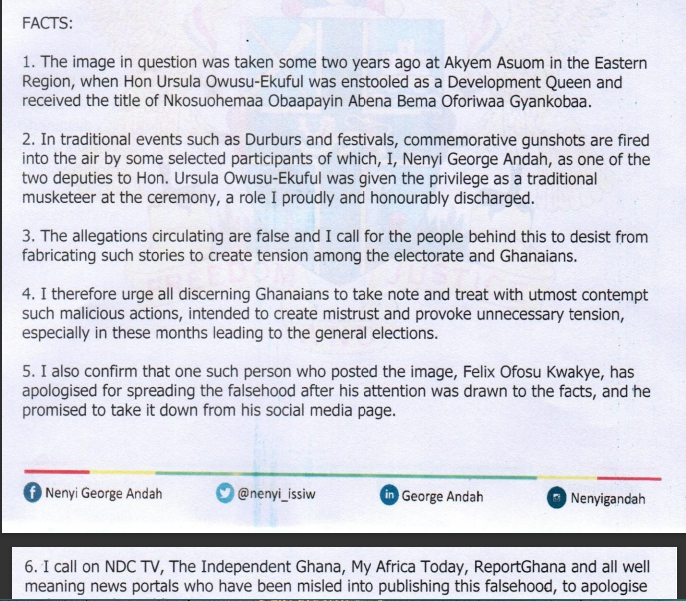 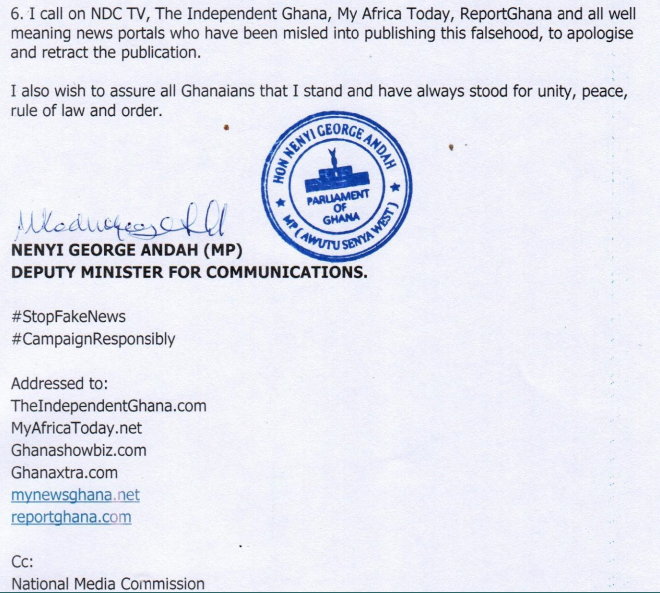 Furthermore, Mr Andah sent to Dubawa video evidence, the same video we were led to in our independent checks, which showed him with the gun at a ceremony and not a registration centre.

The news purporting that Hon George Andah was captured displaying a pump action gun at a Registration Centre in the Awutu Senya West Constituency to scare his opponents is false. A video available on Facebook shows the photo is unrelated to recent events but was taken at the enstoolment of Hon Ursula Owusu as a development queen in Akyem Asuom about two years ago. The MP has also debunked such claims in a press statement.