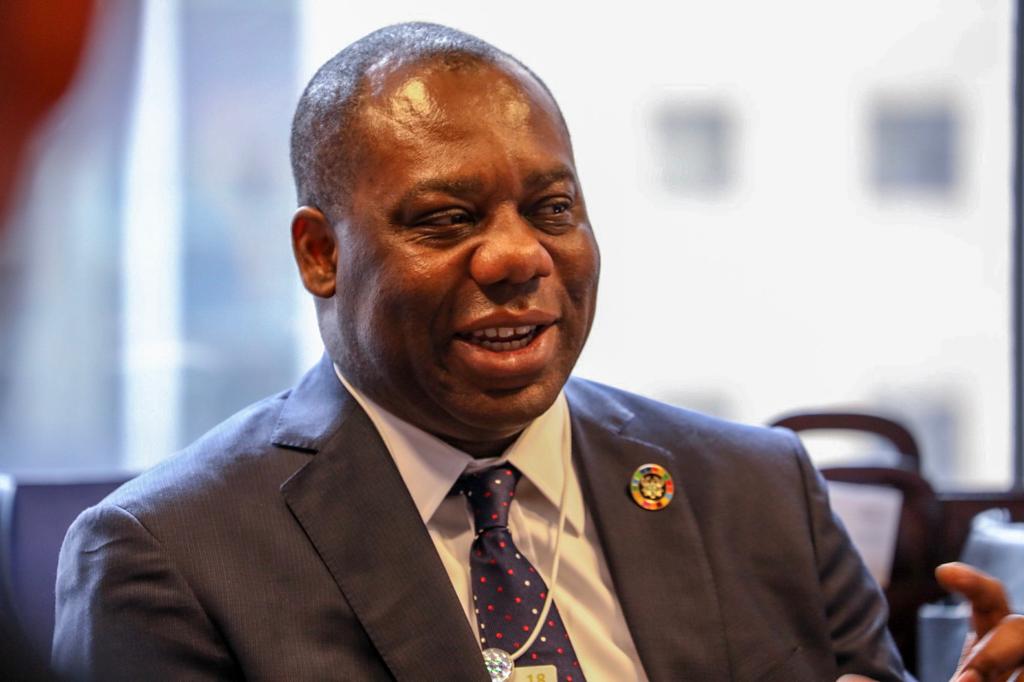 The Minister in the interview did not make the claim attributed to him. Rather, he was reading from documents before him a portion of the NDC’s 2020 manifesto which promises to cancel licensure exams and national service.

The debate over teachers’ licensure exam has become a topical issue in this year’s election, with the National Democratic Congress (NDC) promising to cancel it, should it win the December elections.

The National Teaching Council (NTC) started issuing the licenses last year to teachers who sat for and passed the licensure examination.

The introduction of the teachers’ licensure examination was met with some agitations by teacher trainees who accused the government of scheming to use the exam to cut down on the number of teachers to be employed, thereby denying them and their dependents their livelihood.

Former President John Dramani Mahama, flagbearer of the NDC, in a Facebook interaction in December last year promised to abolish the licensure examination if he is elected president of Ghana.

He argued that what was more important was an improvement in the quality of teaching and examinations at the colleges of education.

Also dominating discussions in the education front is the one-year mandatory National Service for teachers from Colleges of Education announced by the government last year.

This was also fiercely resisted by the teacher trainees who staged a demonstration, registering their displeasure about the decision.

The government, however, went ahead and implemented the policy, compelling all graduates from the Colleges of Education to do National Service.

The NDC again promised to cancel the mandatory National Service for teachers.

To demonstrate their commitment to these promises, the party captured them in their 2020 manifesto dubbed, The People’s Manifesto.

“The automatic posting of teachers without National Service and licensure exams will be reversed under the John Mahama Administration in 2021,” the NDC’s manifesto states on page 69.

Some online portals, theheraldghana.com, honestynewsgh.com, gh.opera.news, wobeti.com among others published stories from the said interview on Net2 TV suggesting that the minister had said the current government was considering a cancellation of the teacher licensure exam and the mandatory National Service for teachers.

At the time of filing this fact-check, the story on honestynewsgh.com had recorded 5335 reads and had been republished by several online portals and shared on Facebook and some WhatsApp platforms.

To ascertain whether indeed the education minister uttered the statements attributed to him, Dubawa obtained a copy of The Seat Programme on youtube and transcribed the relevant portion of the interview.

Below is the transcript of the interview between the host of the show, Kwaku Annan and Education Minister, Matthew Opoku Prempeh (NAPO): 44:06 – 46:37

NAPO: When we came, we looked at professionalisation. We wanted to raise the standards…so we will implement a continuous professional…but who is a professional without continuous professional education? It was only in Ghana. So now the government says it will support you with GHs1200 each year to add to your salary. So when you look at the NDC and what they have been saying in their manifesto…have you seen the lies they are peddling?

Host: There’s something there

Host: It is in the NDC manifesto?

First of all, it was only diploma teachers that we did that to but now there are no diploma teachers. So when he comes, which teacher is he going to give the automatic appointment to?

Host: Ah doesn’t he know or didn’t anybody tell him?

NAPO: As for President Mahama, everybody knows that he cannot read. So you see what I mean? Listen again to what he has written in his manifesto. (reading from documents before him) He says that ‘the automatic posting of teachers without national service and licensure exams will be reversed.’

Host: The “the” to start with, presuppose as if it exists.

Host: But does it?

NAPO: It doesn’t. And he said;

Host: Didn’t anybody see it to advise him?

NAPO: And he said now he is bringing automatic posting. But if you haven’t done… (raises sheets of paper) his manifesto, this is what he has written in it. If you have not done your national service and you haven’t done your licensing exams, he will not give you that automatic posting. Right now that I am talking, Ghana Education Service has advertised it. All those who completed colleges of education in 2019 who want to teach are applying. If you apply, you are applying because there is a vacancy that you’ll be posted to. You are applying to be posted. But see to it that you have done your national service and prove that you have done your licensure exams.

You are lying to Ghanaians that you will cancel it when you come but you have put it in your manifesto that you will not do automatic posting again.

Host: it is two sharp diametrical view; I don’t understand it well

NAPO: that is NDC. Have you seen their Green Book? What is in it is not what exists. As for them that is how they are.

“It is not true. It is false, period! And you can go to Net2 and get the clip. That will be better information for you. No, it’s not true,” he said in a telephone conversation with Dubawa.

The host of The Seat show, Kwaku Annan also denied that the minister made the comments on the programme when Dubawa reached him on the phone.

“It is not true. There was no such thing. The minister took a cue from what the NDC did on this licensure exam and then he also put it right on the spot what the government of the NPP that he is a minister of, have also done or intends to do. So, it comes as a surprise that that propaganda is flying on the wheels of operanews and the rest of news portals,” he said.

Based on the evidence adduced from the transcript of the interview and the categorical denial of both the minister and host of the programme, we rate the claim false.