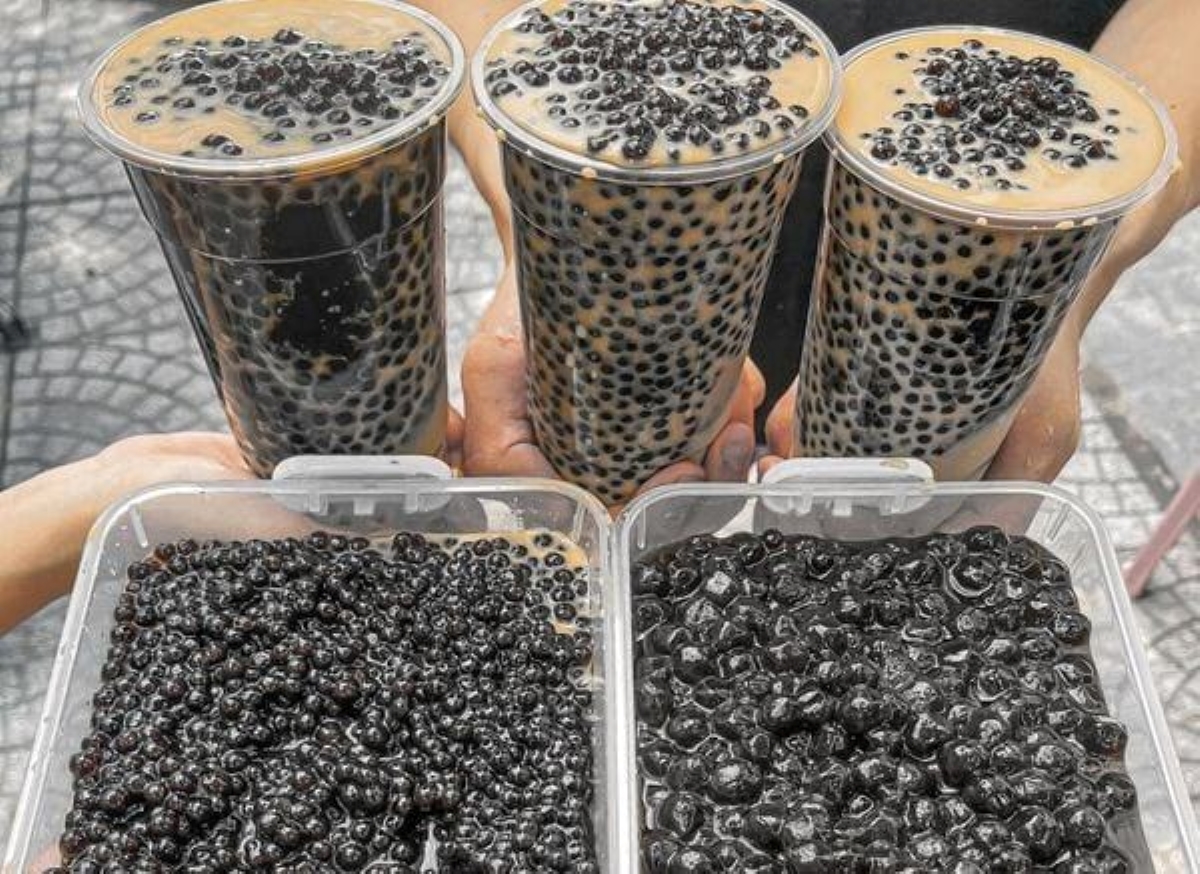 Claim: Social media users are sharing a photo of a beverage, claiming that it was prepared with the faeces of sheep.

The beverage is Bubble Tea. One of its ingredients is tapioca pearls.

On Friday, November 26, 2021, a Facebook user, Chijioke Onah, posted a photo of a beverage online. He claimed that the drink had been made with sheep faeces, juice, soya milk and other liquids.

The same post was shared on Facebook by user, David Dave, in a public group that has 264.4K members.

A story has been published on www.popup9ja.com also making the claim.

An Instagram user, Aba_The_Great1, has also made the claim on the social media platform to her 32.2K followers. The post has since attracted 476 likes and 66 comments.

A Google Reverse Image search was conducted to ascertain the origin of the photos.

Several results came up and most of the pages that had posted the same images as posted by the claimants were Vietnam-based.

Some of these can be found here, here, and here.

A message was sent to two of the pages, inquiring about the ingredients used in the preparation of the beverage but none of them responded.

Another facebook page, Bartenders’ Mart Nhất Hương, was found to have posted the same images. However, they added a photo of a packaged item, labeled “tapioca pearls.”

Articles were later found about how tapioca tea was used as an ingredient in the preparation of Bubble tea.

According to an article published in 2020 on CNN, Bubble Tea originated from Taiwan in 1986.

“Invented in the 1980s, bubble tea (also called “black pearl tea” or “boba tea”) is a beloved Taiwan classic. Though there are dozens of different variations, at its core it’s a combination of tea, milk and the ‘bubbles’ which are essentially little balls made of anything from tapioca to fruit jelly,” part of the article reads.

There is also a 2020 article published about Bubble tea on Al-Jazeera.

“Ordering a bubble tea is not exactly straightforward. First, there is the choice of tea base, then whether to have it milky or fruity, and the amount of sugar or ice to add, but most important of all is the kind of boba—the signature chewy tapioca pearls that make the drink utterly unique,” the article reads.

An article found on a Vietnamese website, www.en.nhandan.vn, said that the beverage first appeared in the Vietnam in 2002

One of the images posted by the claimants had a cup of the beverage and a sheep defecating.

After a Google reverse image search, we found that it was not a real-life situation.

We found a photo of just the sheep defecating.

According to research published by the US National Library of Medicine National Institute of Health, “exposure to animal faeces has been associated with diarrhea, soil-transmitted helminth infection, trachoma, environmental enteric dysfunction, and growth faltering”

An article published on www.sheep101.info claims “if infective sheep feces are handled, diarrhea infections such as Cryptosporidia, Salmonella, or E. coli 0157:H7 are possible, though uncommon. The risk is greatest for children and those with compromised immune systems. Prevention is simple: wash your hands in warm, soapy water after handling sheep and/or their feces.”

The claim that the Chinese are using sheep faeces in preparing tea is false. The beverage in the photos used by the claimants is Bubble Tea and one of its ingredients is tapioca pearls.