True, NPP Is Offering Free Transportation to Voting Grounds for Their Supporters

Claim: The New Patriotic Party is organising free transportation for supporters to vote across the country.

True. Free transportation has been organised for NPP supporters to vote in various regions. Gary Kotei, a volunteer with the NPP and whose number is stated on the list, stated that the gesture is to ease movement of the party supporters.

According to a publication on Yen.Gh, the New Patriotic Party (NPP) has organised free transportation for supporters to go to their various polling stations across the country to vote. 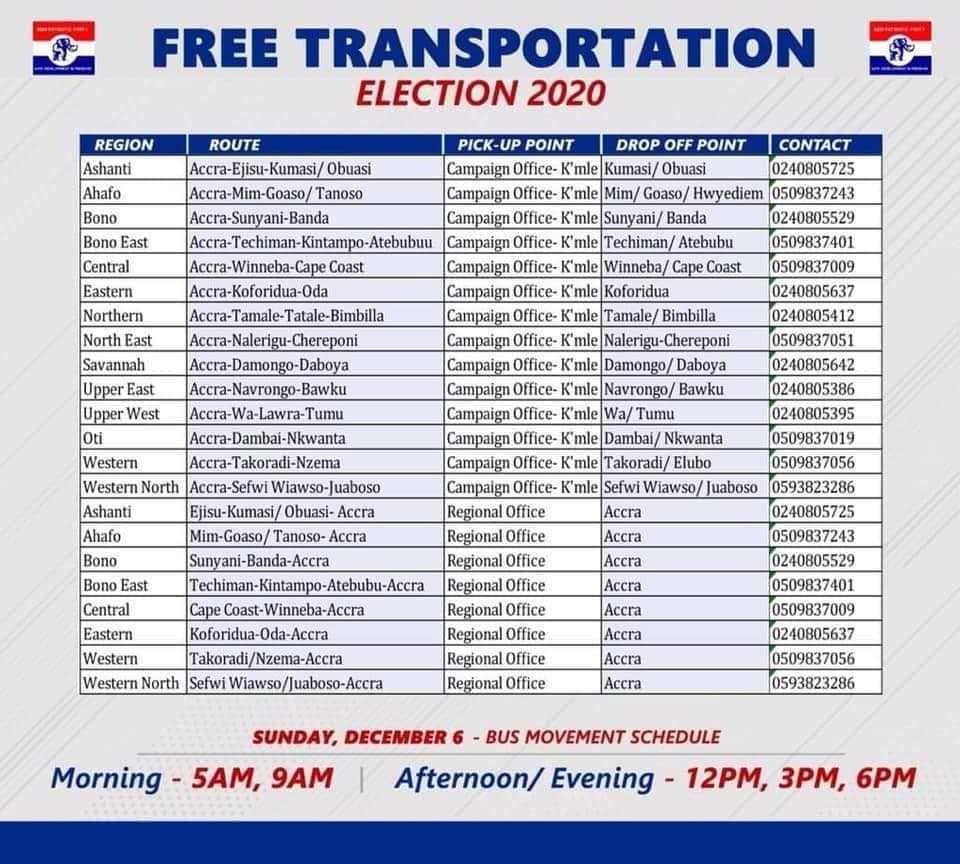 Dubawa dialled some of the numbers indicated on the image and confirmed that indeed, the ruling New Patriotic Party (NPP) has organised free transportation for supporters.

In a conversation with Gary Kotei, a volunteer with the NPP and whose number is stated on the list, he stated that the gesture is to ease movement of the party supporters.

“Basically, what we are doing here is helping people travel from region to region…If you are in Accra and going to vote in the Eastern region, we will help you out…come to Circle, Kokomlemle, Accra Technical Training School(ATTC). Ask for the NPP office. Buses are moving from now to tomorrow dawn”.

It is true that the ruling New Patriotic Party (NPP) has organised free buses for supporters to ease their movement to polling units.